Big Vs Small Conferences: Your Choice 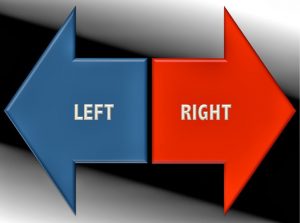 Attending and presenting research among the scientific community is a great opportunity to a graduate student like me. When I used to work in a small organization in back in Nepal, I was trained to make a good network whenever I attend meetings like conferences, workshops etc. That’s why in addition to the inspiration, new knowledge and networks are the two key benefits for me from those meetings.

When I was at American Geophysical Union (AGU) conference in 2014 in San Francisco, there was a tweet from AGU on the second day of the conference that they registered 26000 people (yes, it’s twenty-six thousand). That’s the biggest conference I’ve ever attended and the conference I’m planning to join in this December. Just the difference is that in 2014 I traveled all the way from Nepal representing young researcher but this time as a graduate student from the US. When I was working in Nepal, I used to get many travel funding being from a developing country but the situation has changed now. Therefore, I’ll have to collect a single penny from different sources to manage my travel, and this is the beauty of being a ‘student’. I applied for the AGU student travel grant, but I assumed that my application was not even sent to review because I’ve already received a big money from AGU as Berkner fellow in 2014. For those who are not familiar with the AGU conference (they call it Fall Meeting), this is one of the largest scientific conferences (second after medical people) in the world and it is organized in United State annually. For me, it’s kind of a festival to geophysical scientists and related companies. Anyway, AGU tweeted this summer that they have received about 18000 abstracts and expecting record-breaking participants this year.

In contrary, I’m just back attending a small conference (about 100 people) in the Rocky Mountain area in Colorado. This time I did not present my Ph.D. research but the research that I and my friends in Nepal are working on. Now, I’ve nothing to do with the mountain. I managed travel funding from one of the projects that I’m still leading in Nepal. The context is to compare the small conference with the big one in a perspective of a grad student. Both big and small conferences do have both positive and negative facets.

One of the positive aspects of the big conference is that one will have many options for talks, posters, and other different sessions. One can expect to meet many people from different but closely related academic background. I remember from my AGU conference that there was a notice for different country’s meeting, and even only ‘Shrestha’ people from Nepal had a gathering with a bunch of participants. Another beauty of the big conference is that they are organized mainly in major cities in order to accommodate a large number of participants and one can smell the city and will have different options for hotels and meals. There are several demerits of the big conference. Those conferences cover generally a diverse topic, one cannot be focused. Therefore, the talks and associated discussions are from multiple fields. Missing many interesting topics because of the parallel session is another demerit of the big conferences. At AGU, there are hundreds of sessions going on every time, if you attend one you are missing all others. Last week I was talking to my friend who is a faculty at an American university about the big conference. He was telling me that the big conferences are like our Dashain (the major festival in Nepal) because we are interested to visit many people but due to limited time, it turns out to be meeting with only a few of them.

The small conference is much focused on a particular topic, therefore, the participants are from more or less similar background. The Rocky mountain conference I attended last week was about mountain climate. The papers and related discussions were focused, however, the topics mountain and climate are of large scope themselves. Those people who want to discuss on multi-disciplinary aspects might not find the small conferences advantageous. Another benefit of attending the small conference is that almost all the participants know each other because they are there to present their research and they do not miss any talks because of a single session at a time. As a rule of thumb, I can memorize the person if they give a talk in front of me. I mean to say that the all the participants are presenters (in most of the cases). In this way, you can collect their contact card and communicate later whenever you need.  As an example: my wife left her watch in a bathroom during our conference in Colorado, and the people who were managing the conference were able to find it and shipped to me. However, one cannot find his/her friend there and cannot organize a country meeting like that in AGU unless it is pre-planned. Some of the small conferences are organized little far from city areas, therefore, one can take a look at countryside roads, landscape, and the culture. However, the cost associated with the travel may go up because of the long distance traveling to reach the venue and fewer options for meals and accommodations.

In my opinion, if you want to dig a topic and establish a network of the focused group small conference may be of your interest.